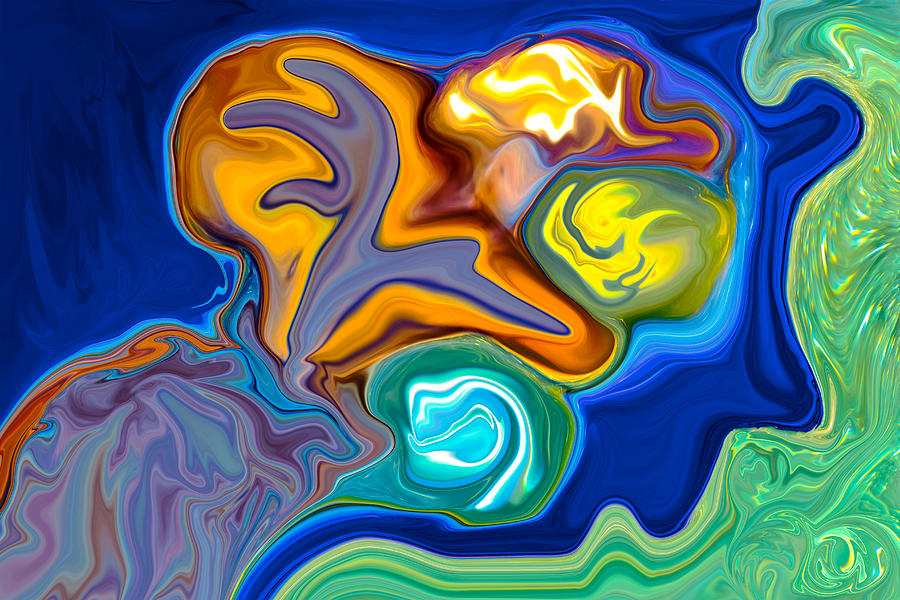 As I sit and contemplate life I have had a few realizations. Look carefully and you will see what I am thinking about....

Silence is a source of great strength. ~Lao Tzu

This painting started as a photograph of a piece of glass artwork created by Garth Mudge of Glassworks in Winthrop, Wa. It was taken with a Macro lens and is a very small section of the overall object. The colors are vivid and alive due to the way that I am illuminating the glass art as I am taking the picture. In a way I am photographing the light as it passes through the object.
In this particular photograph I have gone in by hand and painted over the original image. Adding my own textures and visions to the shapes and colors I started with.
I have been a professional photographer for many years but it is only recently that I have been photographing glass at any level. It is such an exciting experience to discover these images. I almost feel like an archeologist as I explore a small hidden word and reveal the treasures within.

Thank you very much

love this You are a true thinker as well!

Thank you very much Jeff.