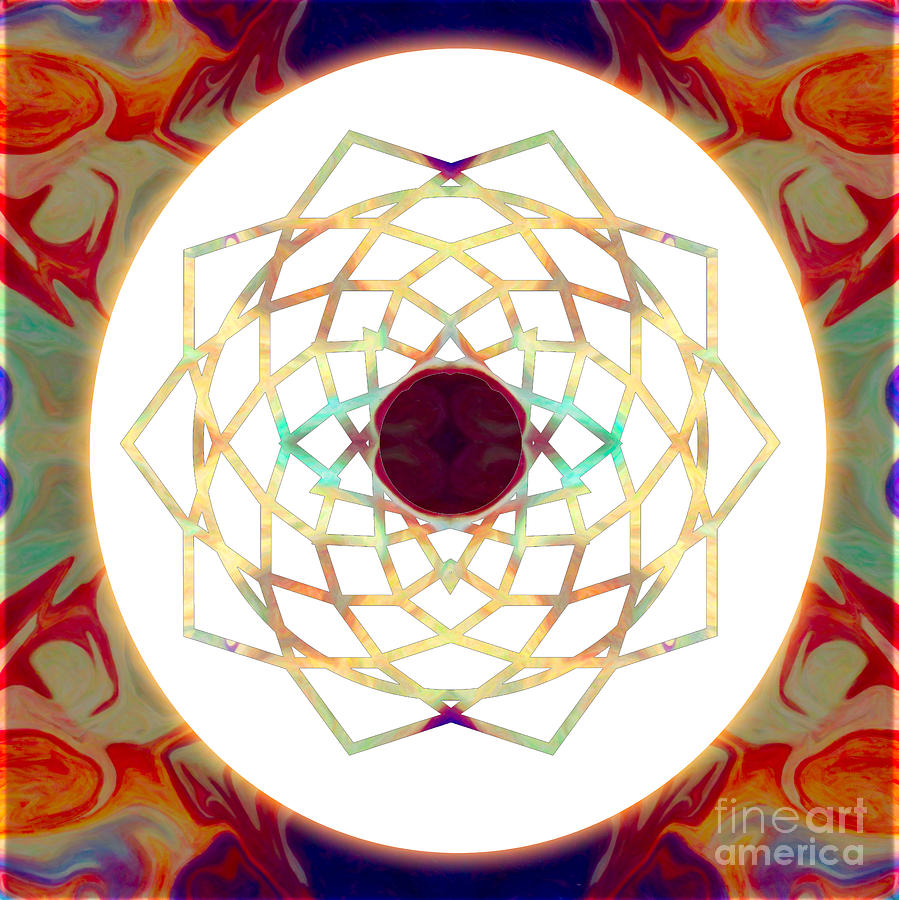 Unity can only be manifested by the Binary. Unity itself and the idea of Unity are already two. ~Buddha

"David Gordon White traces the modern popularity of the seven chakra system to Arthur Avalon's The Serpent Power, which was Avalon's translation of a late work, the Satcakranirupana.[9] Below is a description of the seven chakras, with various associations. Each of these chakras also have its elemental deity (Vasu) - demigod of its material element.
Sahasrara

Sahasrara, which means 1000 petalled lotus, is generally considered to be the state of pure consciousness, within which there is neither object nor subject. When the female kundalini Shakti energy rises to this point, it unites with the male Shiva energy, and a state of liberating samadhi is attained. Symbolized by a lotus with one thousand multi-coloured petals, it is located either at the crown of the head, or above the crown of the head. Sahasrara is represented by the colour white and it involves such issues as inner wisdom and the death of the body.

Its role may be envisioned somewhat similarly to that of the pituitary gland, which secretes hormones to communicate to the rest of the endocrine system and also connects to the central nervous system via the hypothalamus. According to Gary Osborn, the thalamus is thought to have a key role in the physical basis of consciousness and is the 'Bridal Chamber' mentioned in the Gnostic scriptures. Sahasrara's inner aspect deals with the release of karma, physical action with meditation, mental action with universal consciousness and unity, and emotional action with "beingness."[36]

In Tibetan buddhism, the point at the crown of the head is represented by a white circle, with 33 downward pointing petals. It is of primary importance in the performance of phowa, or consciousness projection after death, in order to obtain rebirth in a Pure Land. Within this state is contained the White drop, or Bodhicitta, which is the essence of masculine energy." ~Wikipedia